In a glance, Apple introduced the latest macOS Catalina version in the WWDC that was held last June. This is the next major operating system, and macOS Catalina (version 10.15) is the sixteenth major release of the Mac operating system. The first macOS that released and supported for 64bits applications. This is a free update and Apple is planning to release this update in October 2019. In this macOS Catalina version, Apple includes several new features. Those are the latest cross-platform app that supports third-party apps, no more iTunes, iPadOS comes with a second screen functionality, Screen Time, and many other facilities. 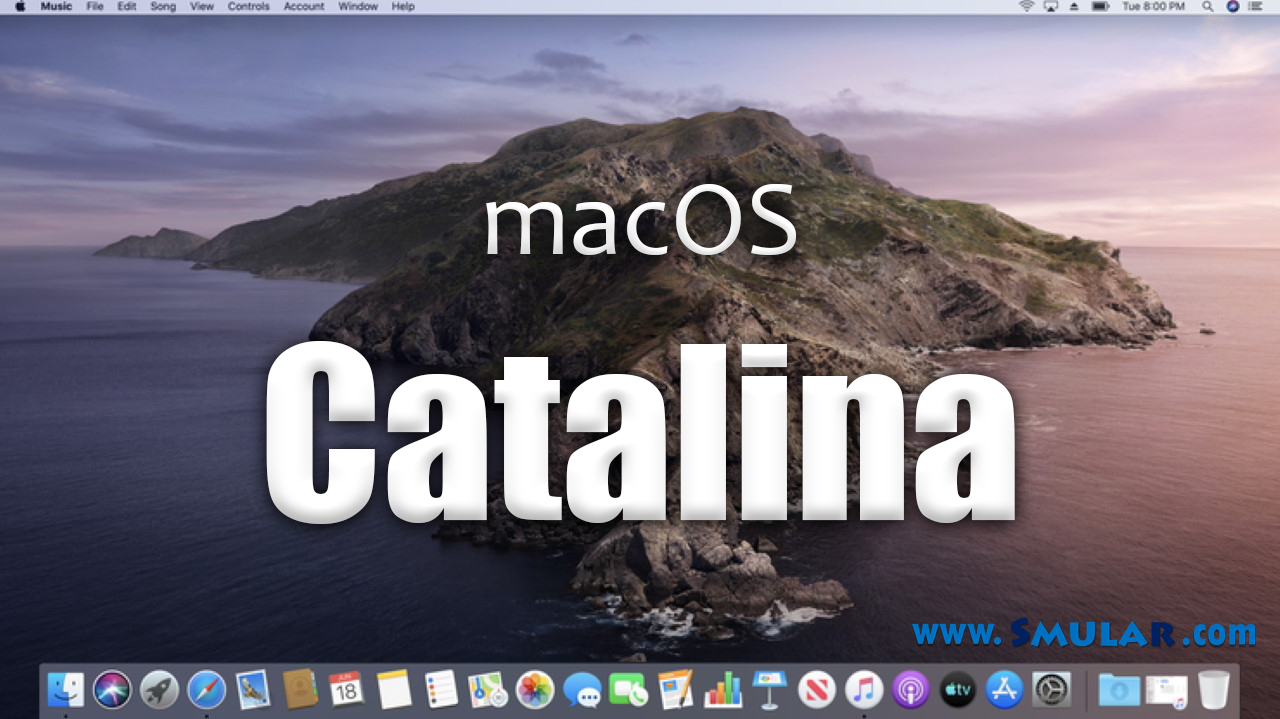 Apple named this sixteenth macOS version as Catalina, which is the name of an island located off the coast of southern California.

With the macOS Catalina version, Apple could able to release thousands of latest facilities for users. We know that Apple has removed the main iTunes app from the Mac operating system since 2001. But now this iTunes has been divided into three apps such as Music, Podcasts, and TV. All those facilities come with the macOS Catalina version. Users have the ability to manage your devices using these latest versions, and it supports Syncing media using the Apple TV, Podcasts, or Music apps. Music app gives full access to the music library, and the new Podcasts app gives users the power to access to  Podcasts library easily. These facilities were previously housed in iTunes. Likewise, with the latest release, we can see some other updated features for browsing, viewing top charts, and managing plus new editor-curated categories, library, and more.

macOS Catalina increases the security, and there are up[dated facilities for Apple’s security protocol. So finally, this is the best way for checking all apps and solving unknown security issues.

This latest macOS Catalina supports all Mac versions which were compatible with Mojave. 2010-2012 Mac versions do not support it.

Apple macOS Catalina is the next massive surprise for millions of Apple users.  Here it allows the Mojave desert for Catalina. macOS Catalina includes changes for iTunes, Sidecar, and  Find My app for both people and devices. Some of them are,

If you have one of the below iDevices then yes, now you can easily download MacOS Catalina(macOS 10.15).

For the above devices, Apple users could able to download the latest update freely, and by following simple steps, users can easily upgrade the official operating version without any mess.

macOS vs. Windows: Which One Is the Best?

macOS vs. Windows: Which One Is the Best?