What is Haptic Touch?

Haptic Touch is the latest sensor touching system that comes with iPhone XR, and now it is wholly expanded facilities for iPhone 11 series. This is a 3D touch like feature, and Apple also introduces this technology.  Here it uses the Taptic Engine and provides detailed feedback when Apple users pressed the screen. This haptic Touch is Touch and holds a gesture that comes with iOS 13 and for the above releases.

Here press on a suitable location until a little haptic pop arrives against the finger. Then the secondary menu pops up, and this varies with, where the feature is used. It is enough a simple tap to activate the secondary menu, which was pops up.

For haptic Touch, users have to press and hold sensation. But for 3D Touch, it requires faster press with a forced gesture to activate it quickly.  Haptic feedback of haptic Touch feels similar to the feedback of 3D Touch. So these two concepts have something inseparable. Haptic Touch is faster than 3D Touch, and it lets users do things faster. For example, it gives the ability to take selfies without opening the Camera app.

3D Touch supports multiple levels of pressure, so you could have a softer press do one thing, and a harder press does another thing. As an example, Apple used multiple pressure levels for “Peek and Pop” gestures.

On a 3D Touch device, you were able “Peek” into a web link to see a preview, and then press harder.

Main  things that Haptic Touch can do with your iPhone 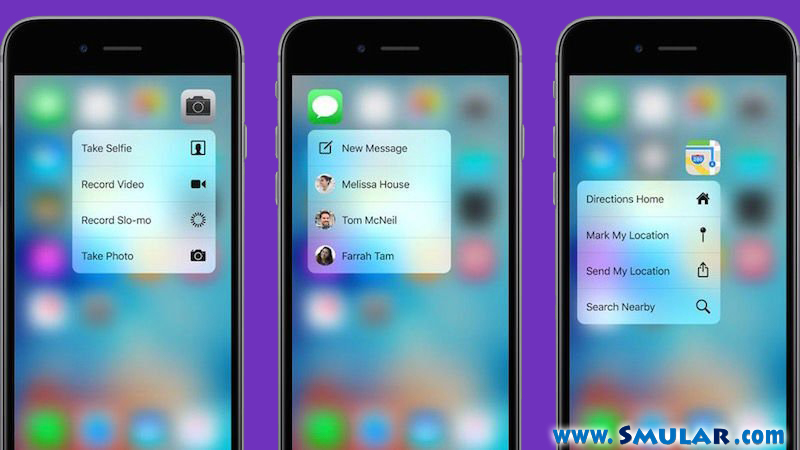 Haptic Touch comes with the iOS 13 operating system, and now this feature essentially works across on it.  iOS 13 includes thousands of the latest opportunities. This time also they added Apple-designed apps along with some third-party apps. Almost every application has additional features, which can be enabled with the haptic touch gesture

How To Use Noise App On Apple Watch and Benifits of...